Prysmian is delivering PRY-ID to pilot construction site in Norway

The development of Prysmian’s PRY-ID, a wireless and completely reliable scanning device to identify cables, took its first steps during the summer of 2016. Now, only two years later, the production is fully up and running in Drammen, Norway. At the time of writing the product is only available for Digibygg, a project launched by Statsbygg, the Norwegian government’s key advisor in construction, with the aim to promote digital and smart technology in building projects. PRY-ID is part of the Digibygg building project in Gol, northwest of Oslo, as part of building a new traffic station assigned by Statens vegvesen, the administration which plans, operates and maintains public roads in Norway.

-Statsbygg wants to test some of the possibilities that RFID-labels and sensors offer, both for their own operations and for future end-users. Right now we’re planning a test with RFID-cables as part of Statens vegvesen’s project in Gol. Together with PRY-ID technology it will give us the opportunity to localise the cables among several others as well as to get detailed documentation about important parameters such as the cables temperature, witch need to be checked on a regular basis. This new technique will, among other things, make identification, troubleshooting and information retrieval regarding cables’ status much easier for both cable owners and those managing the cables, says Jan Myhre, Project Coordinator at Digibygg. 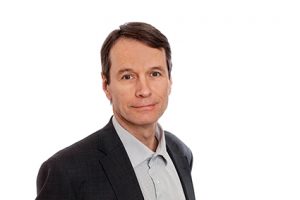